Gear up for the Holidays with Tees for Halloween, Thanksgiving, and Christmas with the Undead Angels from the upcoming 2014 Vlad’s Undead Angels Calendar. Order the package now! 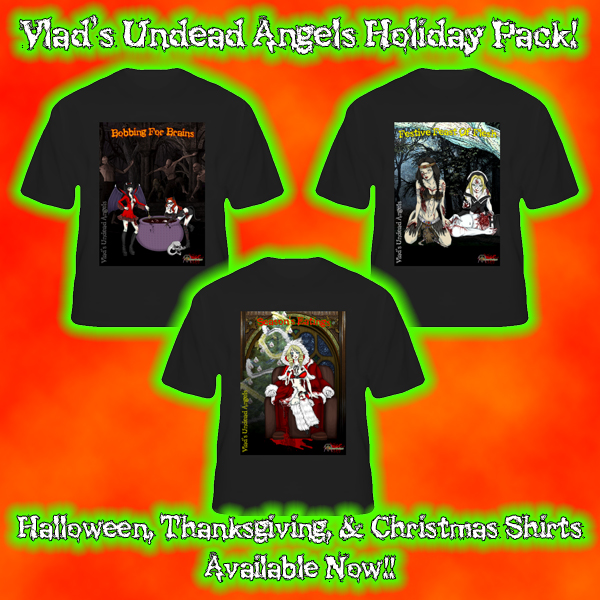 We tried Kickstarter, with a large campaign that was just too big to fund. We wanted everything available at once during the Vlad The Inhaler show at the Macabre Film Festival which featured Undead Angels creator Vlad The Enforcer on the drums. So It failed.

So this is a last attempt to push the calendar through for the year 2014. Otherwise it won’t happen. There are 3 weeks to get your calendar and the Deadline is September 6th 2013. So please help us out and get a great reward. Greeting cards also available. Thanks!

A quick rundown of what I am planning for each month.

January, I could have went with New Years, but what costume really signifies that? I decided to use the only currently drawn Undead Angel that will be used in the calendar, which was also the very first one drawn. Kind of a new beginning to represent January. Drum roll…. that being the Cheerleader.  I thought of her for February as that’s when the Superbowl is played, but I had another idea for February.

February will be an Undead Angel dressed as Cupid for Valentines Day.

March will be an Undead Angel in a bunny costume for Easter.

May will be an Undead Angel as a Teacher for National Teachers Day.

June will most likely be a Graduating Undead Angel as Graduations normally take place in June.

August will be a Lifeguard Undead Angel representing summer since I didn’t see much holiday wise going on in August. I mean what am I gonna do to demonstrate August 13, Left Hander’s Day???

September will be a School Girl Undead Angel to represent the beginning of the school year.

October will represent Halloween with a Undead Angel dressed for Halloween. I really would like to have her dressed as a known Super Hero, but think that would be a copy write issue, so most likely she will be dressed as a devil. Lets face it what other opportunity would you have to see an attractive zombie devil anyway?

November will be a Native American Undead Angel, most likely feasting on a Pilgrim, to represent Thanksgiving.

December will obviously represent Christmas with an Undead Angel either as a Santa’s Helper, or as Mrs. Claus herself, nibbling on Santa.

That brings us to the costs associated with making a calender. I need to pay the other artists helping out with the project, and the printing costs. This is where the biggest chunk of the money will go as the place I currently am looking to go with will be charging me just over $1000 for the printing and delivery of the calenders to me.
Then I’ll need to ship them individually to people so that will be included in the cost of your reward.

$1.00 Off the following Designs 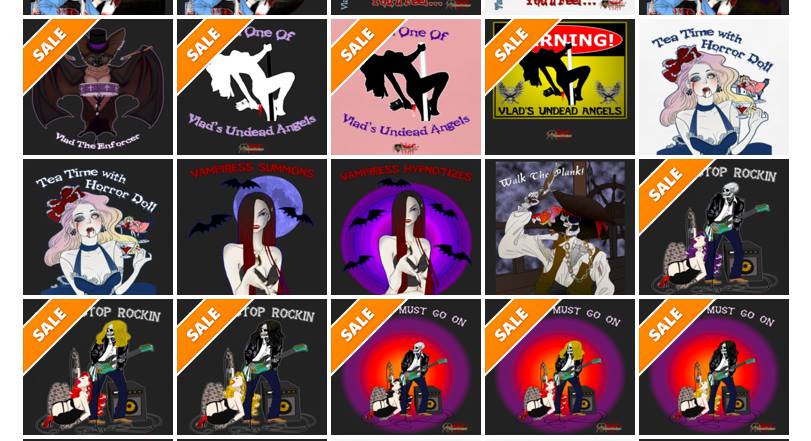 The Skeletal Guitarist Shirts, 2 styles, each available as a blond, brunette and bald head, so you guys can feel it represents you!

I Am One Of Vlad’s Undead Angels Dark T-Shirt

I Am One Of Vlad’s Undead Angels Light T-Shirt

Enter These Coupon Codes At Checkout For Multiple Shirt Orders: 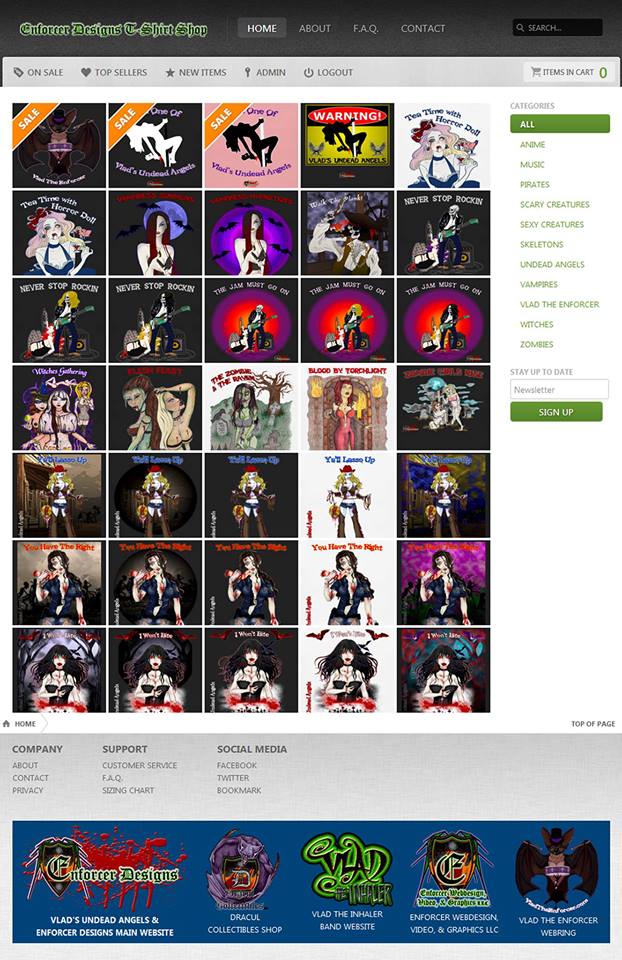 You can customize your shirts completely by first picking your color, then the shirt style, and finally size!

We have set up coupon codes to offset the per piece shipping that is built into our store solution by our T-Shirt manufacturer. Although the discount is intended to offset the shipping cost, you will see the savings in your cart coming from the actual products. That is just how the site is set up and it has to be for us to pass off a bullk shipping discount.

Enter These Codes At Checkout: 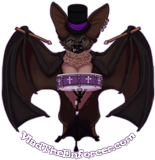 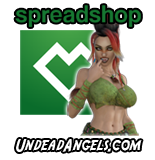 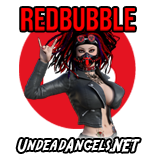 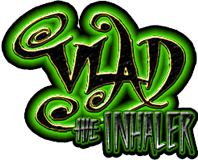